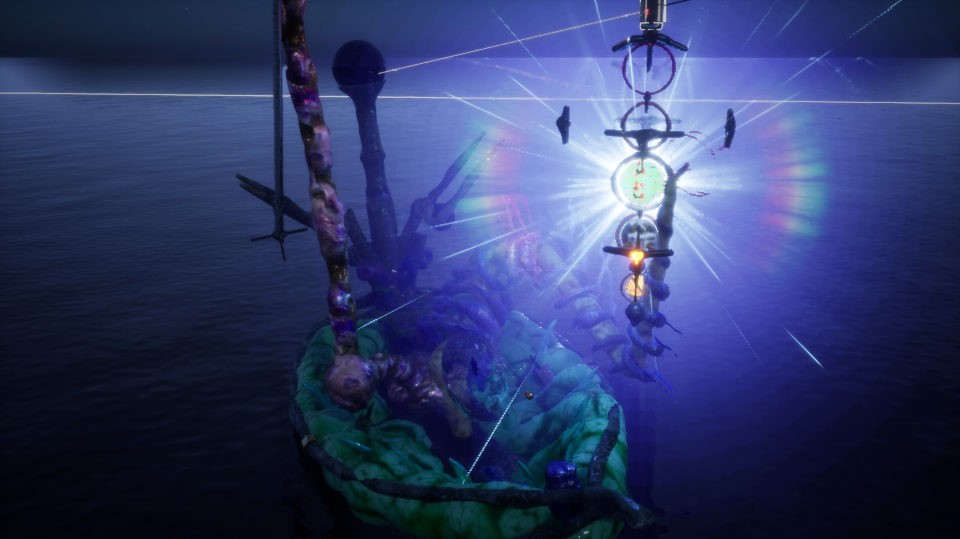 The boat in Tuner has a couple functions in addition to its moveability it currently contains 6 other operations such as Its fish Basket (safe), four feeders (to temp fish), a Missile and Laser system (to access uncharted areas) and telescopic neck adjuster (to see into crevasses) plus a radio!

Until now the interactive medium to control the boat (and virtual world) has been via MIDI. In order to gain more user-friendly experience and accessibility I am wanting to redesign the entire user interface system.
Thou it will (at least still at this stage) require a mouse, I plan on creating a simple an on screen clickable GUI interface!
Initially I was going to go about this utilizing physical based locomotive animations ie 3D hinges / sliders, but found out the current way the boat floats is causing too much feedback in the boat’s buoyancy! Here below are images of this initial 3D design (Basically a steering wheel).

The design incorporates leavers, knobs, sliders and buttons. Representing these classic interactions is an essential element of the immersion and one I respect deeply. As I mention before though unfortunately due to time I will currently only be able to construct these via 2D widgets that’ll Ill share here!!
Update!

So the Graphic User Interface (GUI) took on a less organic design due to technical reasons it being reliant on 2D mouse hover zones. This version still incorporates 3D animated elements though, translating mouse events into physical actions as part of the visual interface. 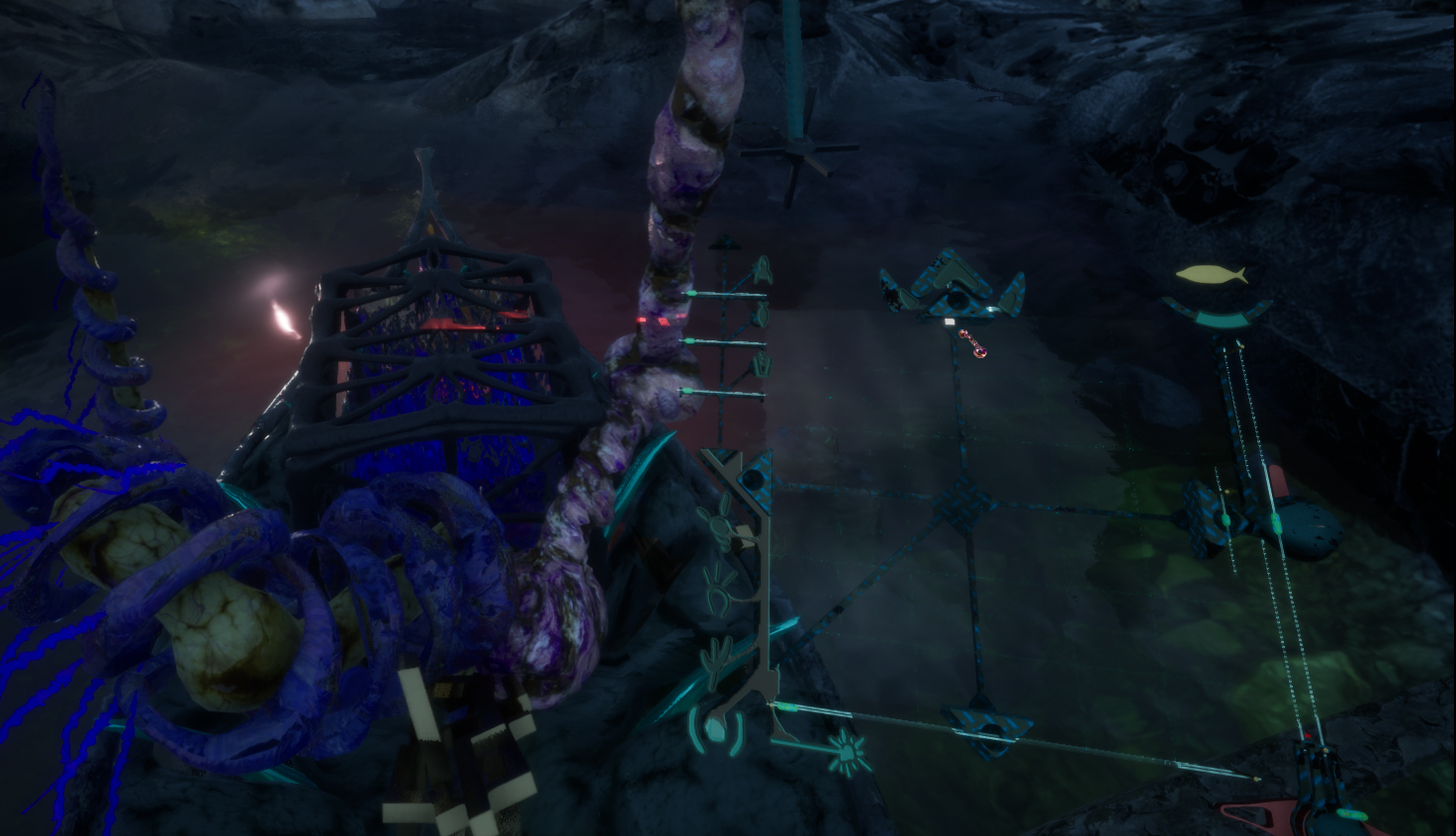 I managed to lift the old MIDI dependant control input interface and implemented the first stages of a mouse controllable GUI interface. This is seen only once in use as it is currently required to give the ‘fish basket’ to the rockets (fish lifeboat pods). 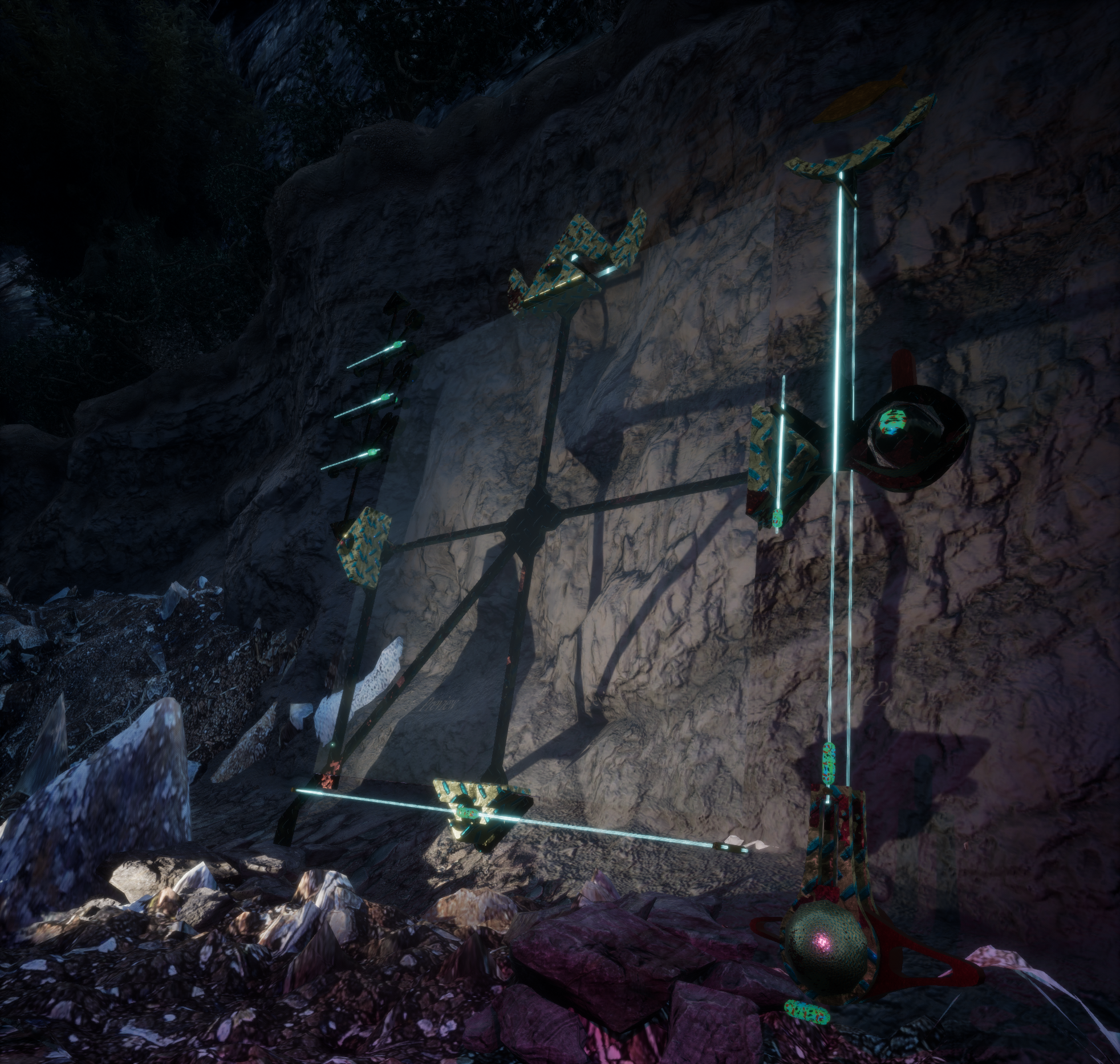 Designing the GUI interface has vast importance for how it can be translated into world logic to symbolism, and acts as a mediator for making sense of the world and tasks around us. In game, it is an optional graphic that can be simply toggled via right-clicking. When in frame it allows basic boat movement via mouse and numerous visual feedbacks such as collected fish quantities, compass, torch and distances etc. 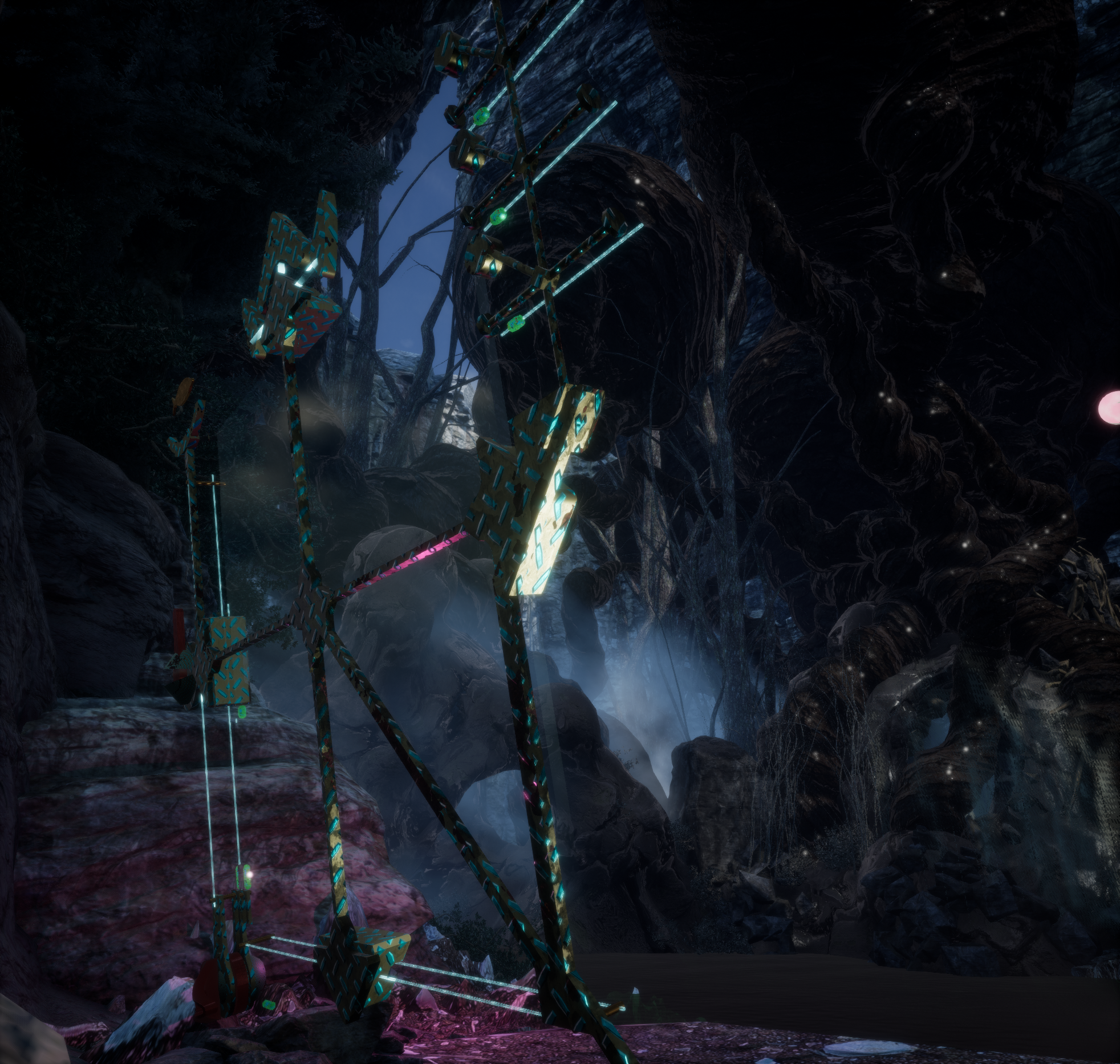 An essential part of the boat is a safe storage place for the fish! The current design of the basket is simply a liquid orb. This is great for solo passengers (fish) not for updated intended use of collections of fish. The idea of a collection of fish in a basket is so (as one would have needed to before) run back to the fish source for each successful fish send (rocket departure) . Now with a larger basket design a batch load can be saved more gradually.
(will update this with new design)
Update! 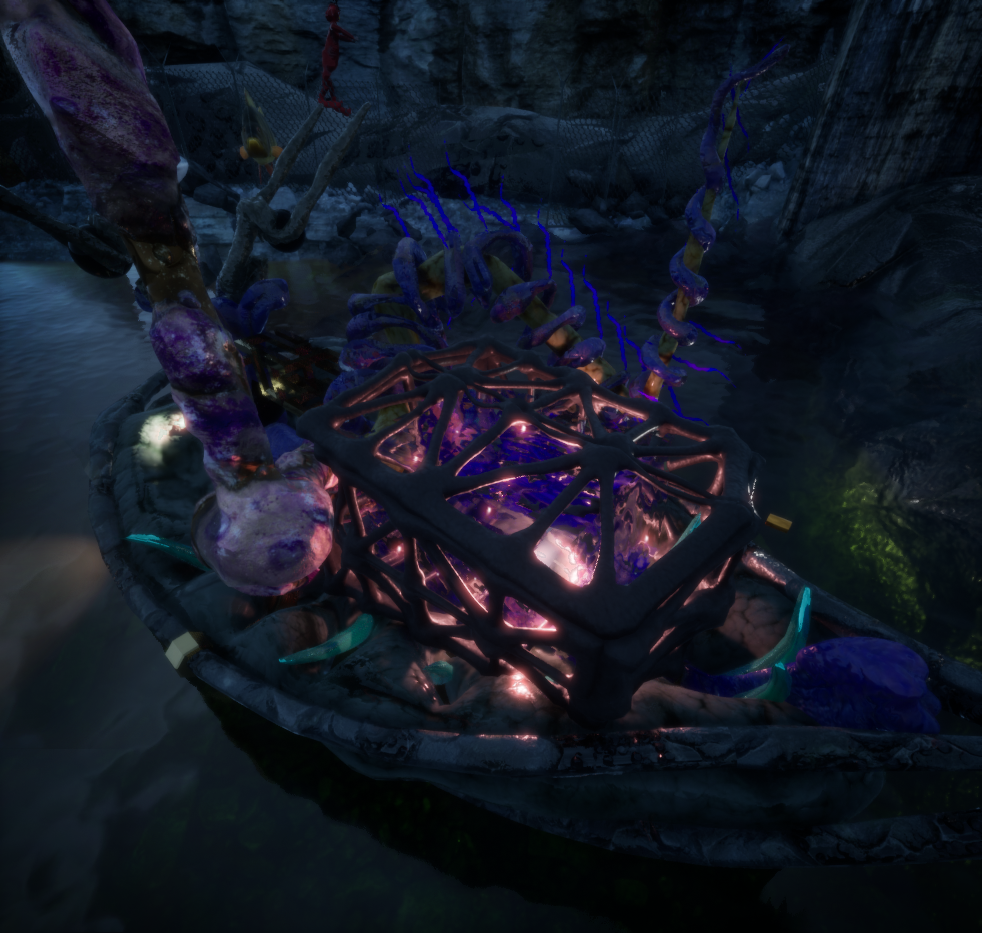 I decided to go for a matter of fact (although not so factual) design of the fish capturing basket. To make things clear and spacious for the fish embodying an open look but still containing a membrane liquid element for the fish to breath in.

When I started creating the audio samples for Tuner, I entered my bad habit of making new music from them. When ever creating a new library of sounds the temptation of putting them through a composition is irresistible. So as a result the initial performances of Tuner have played these tracks. Some are pure ambiances some are more rhythmic driven and these would play moving through the space mixing as we go automatically.
An Idea of an ambient score will still be present, But ever since I started a mobile lite version of the project (just back before UK lockdown) I had to bring the radio into this project. It will act as a companion player the old scores and also a teller of stories as we enter different regions (FM).
A key part of Tuner is of course the sound. It is why initially it is called tuner as the project was mainly a testing ground for ‘tuning’ audio synthesis in the game engine. Though the project does touch upon Unreal engines in built granular synthesis most of the audio is pre-recorded and prepared for manipulation via animation values.
What it means when a sound is associated with an act, event or moving gesture is immensely important and fundamental to the project.

This site uses Akismet to reduce spam. Learn how your comment data is processed.